At today's gathering in Parramatta, Sisters, Ministry Partners, Colleagues and Friends joined in, via video, the morning prayer ritual prepared by the Sisters of Mercy from all Congregations in Australia and Papua New Guinea, for the Mercy International 20th Anniversary Celebrations. 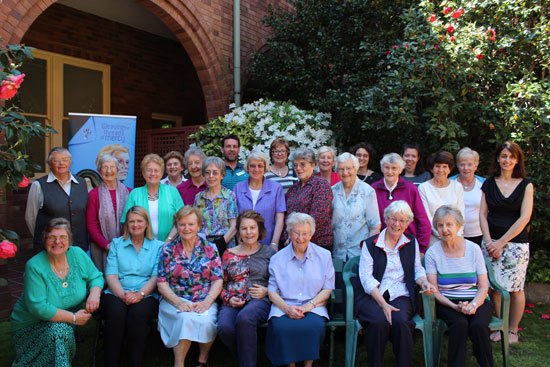 The ritual was deeply moving and shocking in highlighting the global crime of Human Trafficking and its tragic human consequences, particularly for women and children. Some of the stories of survivors of this horror were shared within the ritual.

Also highlighted within the prayer, was the connection between demand in developed countries and trafficking in developing countries in areas such as clothing and footwear, chocolate, coffee, electronics and other consumables. We were challenged to ask questions about where, and how, the products we buy are made, and what the conditions are for the workers involved in production.

After participating in the ritual, the gathered group was able to share their feelings and reactions and also discuss some of the ways we can contribute to bringing Trafficking to an end.