The Wonderful World of Trees

The gift of trees 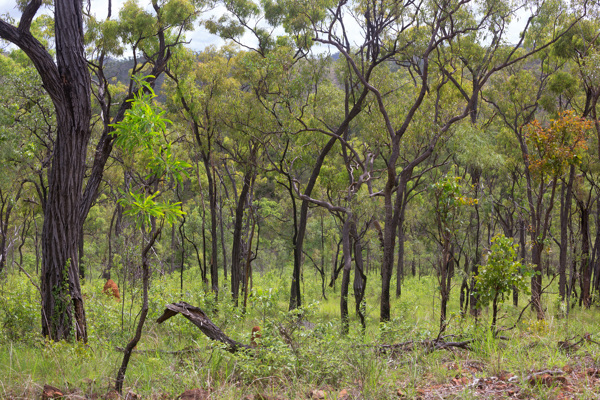 Beautiful forest near Irvinebank on the Atherton Tableland in Queensland, Australia

At the most recent gathering of the Earthkin Group in Parramatta, the focus was on Trees. Kevin Mc Donnell led us in a reflection on the Science, Evolution and Spirit of Trees, while Patrick Shirvingham demonstrated how artists had evolved in their perception and artistic presentation of trees in the Australian landscape. A lively discussion followed both presentations. 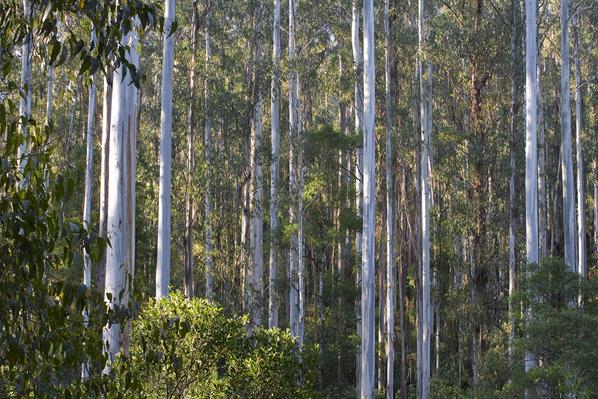 Kevin had this to say-The story of trees, from the miracle of chlorophyll in ancestral blue-green algae to the wonderful diversity of eucalypts (more than 800 species of them) that cover Australia today, is one that spans 2.7 billion years or more. It is an immensely long story that includes constantly shifting continents, major changes in climate, and millions of generations of plants in interaction with their changing environments through time.


When the southern hemisphere continents were grouped together as Gondwanaland and the climate was much cooler and wetter than it is today, it was covered with rainforest. Remnants of that rainforest with its giant figs, Antarctic tree-ferns and vines, and its wonderful array of conifers (Bunya Pine, Hoop Pine, Kauri Pine, Wollemi Pine etc.) are still present all along the east coast of Australia, much of it thankfully now given national park protection.

When Gondwanaland fragmented and Australia began to move northwards about 95 million years ago, the climate became warmer and drier and fire became more common. The myrtles of the rainforest that were better suited to the new conditions evolved slowly into the trees we now call eucalypts or gum trees. They play a big role in giving our continent its distinctive character.

On another level, as John Feehan, Irish scientist and theologian, says, “Trees are at the root of our psyche. We – we as a species – were born in and of the forest, and grew up with it, and, as literally as makes no difference, carry its echo in our genes… No day should pass, whether we walk in the forest or on the street, or carried on thought through a window from our bed – no day should pass without our reaching for that thrilling thought, that the tree my vision enfolds, and all that is growing upon it, and all the other species that people this moment of Earth’s time with us, are in a sense beyond human comprehension, each in its unique way a living ex-plication of an aspect of divinity”. (The Garden God Walked In: Meditation on the Spirit of Trees (2011). 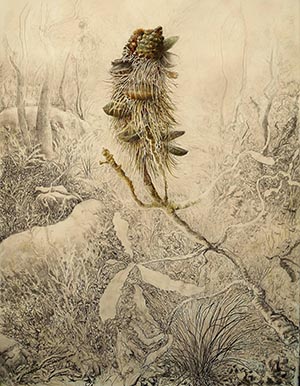 Pat began his talk on The Lure of Trees for the Artist by reflecting on the inherent connection artists have always had for the natural world, describing an artwork discovered at an archaeological site known as Akrotiri on the Greek island of Santorini, dating back 1600 years BC.
From there he introduced us to the unusual landscape confronting the early colonial artists, as the shape and textures of the Australian eucalypt and bushland was something they had never before seen. It didn’t take artists long to realise the colony and early development was impacting on the bushland, as they were the ones out there documenting the clearing. As a result there were artists describing the impact through their paintings. Artists like Tom Roberts, Arthur Streeton, Hans Heysen, Fred Williams were discussed as early environmentalists and this tradition continues today with not only traditional art practice but also contemporary mediums.
Pat also showed us sketches and paintings of trees from his own art work, including the Banksia-Serrata (pictured). He introduced us to the two children’s books he illustrated, introducing young ones to the flora and fauna in which they will grow up and hopefully venerate.
Back to all news