Over 45 years of Mercy Principalship gathered in one room

History was made on February 20th, 2014, when the 4 immediate past Principals of OLMC Parramatta joined newly appointed Principal, Mr Stephen Walsh, for lunch at the Mercy Congregation Centre in Parramatta. 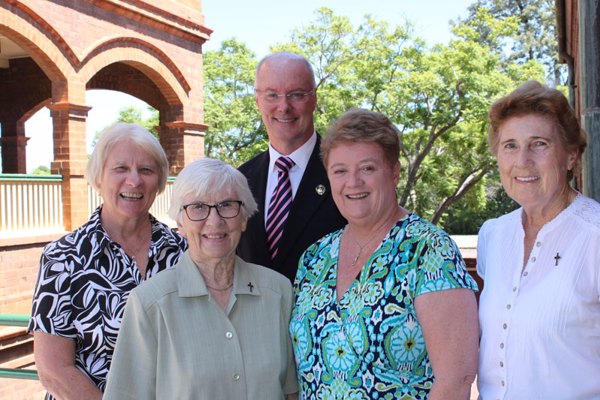 Collectively, the four Principals account for over 45 years of Principalship of the College’s 125 year history.

The lunch was hosted by Congregation Leader Sr Catherine Ryan, and members of the Congregation Leadership team. Apart from representing a significant moment in the history of the College and the Congregation, the lunch provided an opportunity for the past Principalship to share their reflections on their time as Principal with Stephen. Each of the former Principals recalled a significant memory, some humorous stories, and shared their hopes for the future of the College and Mercy Education.

The Past Principals present were: