Ground painting seen from the air. Photo by Alphonsus Fok,2018

For over 60,000 years the area comprising present day Parramatta has been occupied by the Burramattagal people of the Darug nation who first settled along the upper reaches of the Parramatta River. 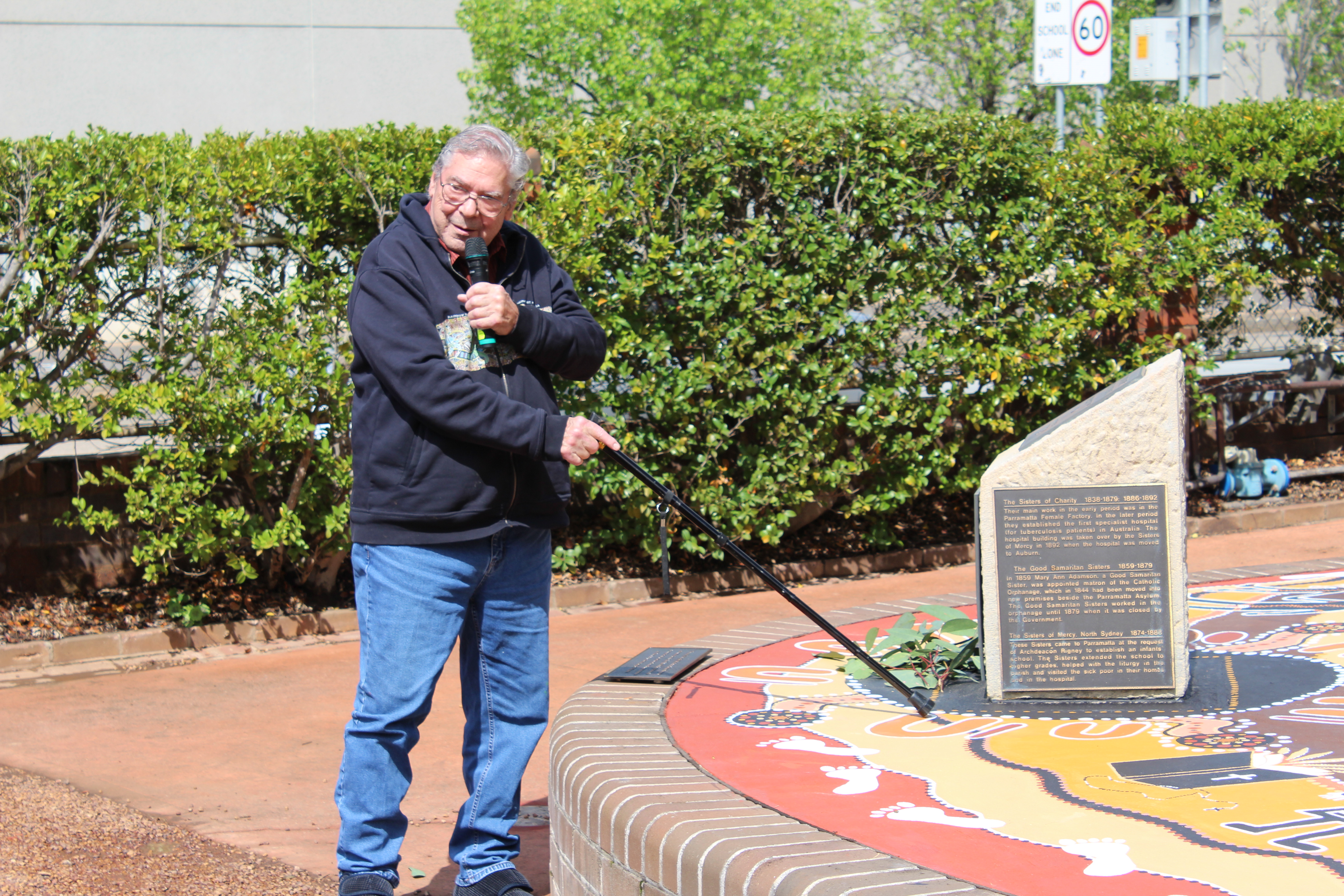 Danny Eastwood explaining the elements in the painting

The initiative was a direct result of a request from the CLRI(NSW) Social Justice Committee that Congregations be encouraged to consider adding to original Foundation Stones at community houses and schools, a plaque with wording to acknowledge and name the first peoples and local owners of the land on which we have built.

In considering this request, the location where a memorial with several plaques acknowledging the history of Religious Women on the site was reviewed, and it was apparent that there was no available space to add a new plaque. As an alternative, Sr Maria Lawton, proposed the commissioning of an aboriginal ground painting around the base of the existing monument, symbolically reflecting our European history being built upon the extensive history of the first peoples of this land. In viewing the site, artist, Danny Eastwood, suggested the natural boomerang shape of the area, be used as the basis for the concreting for the ground painting.

On Saturday, October 13th, 2018 a launch for the ground painting was held at the site. Guest of honour, artist Danny Eastwood, spoke about the painting and the meaning of the various elements. Danny has named his painting, The Journey. He has used traditional Aboriginal designs to depict aspects of the local Parramatta area, and to reflect the various ministries of groups of Religious Women who have lived and ministered on this site and beyond, including that of the Sisters of Mercy from Callan, Ireland to Parramatta, in 1888.
The ceremony began with a welcome to country and smoking ceremony by Darug man Chris Tobin,a custodian of Darug culture and history. Chris is a descendant of Maria Lock, daughter of Yarramundi. Maria was an outstanding student of the Native Institution in Parramatta established by Governor Macquarie. Her marriage to convict John Lock in 1824 was the first officially celebrated between an Aboriginal and European in the colony. Matthew Doyle, a descendant of the Muruwari people,  played the didgeridoo. 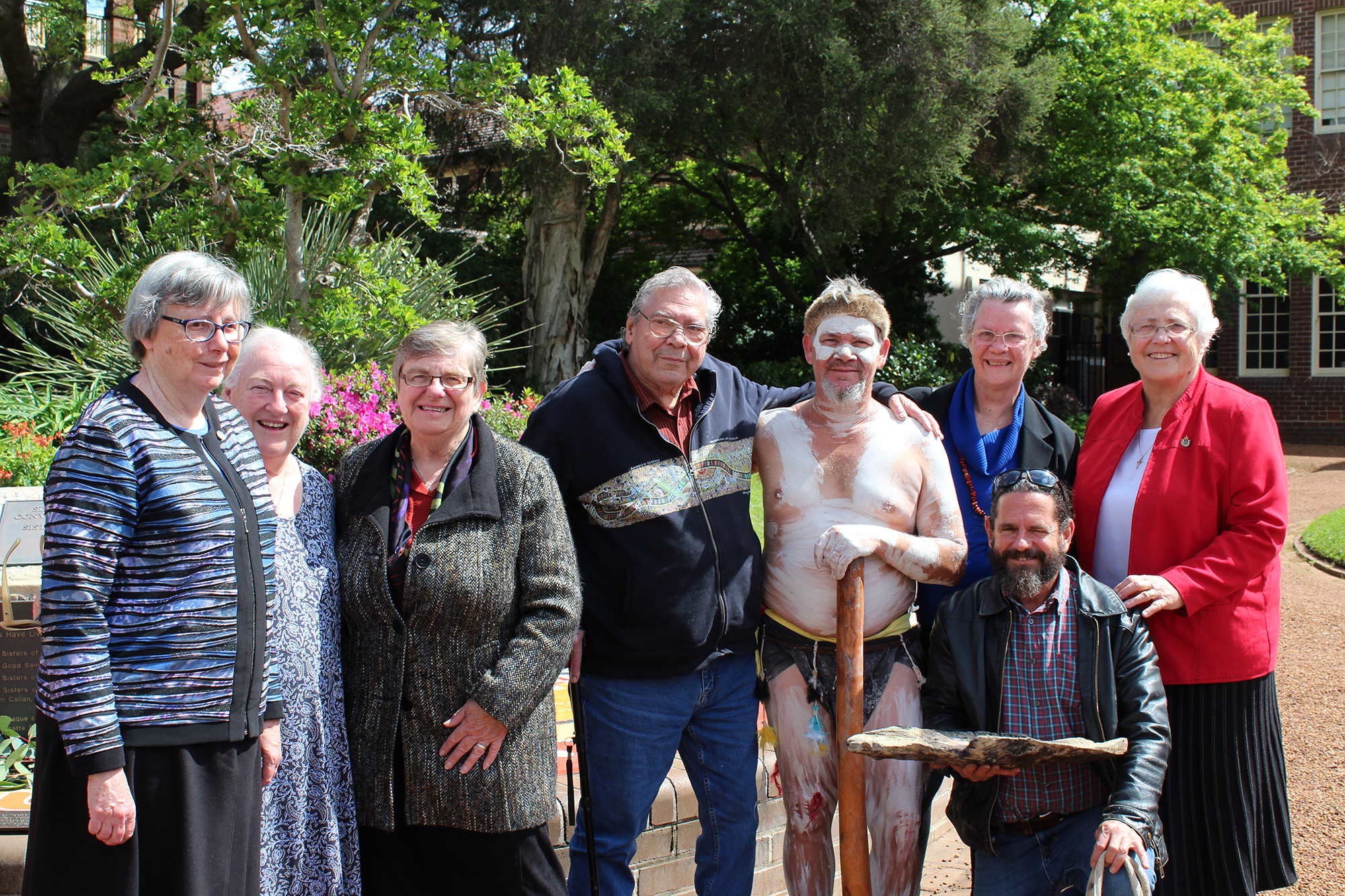 
The ceremony concluded with a blessing with water from the Parramatta River followed by a commitment statement from the assembly, and a morning tea in the Convent catered by Indigenous caterers, Kallico Caterers.

The Sisters of Mercy Parramatta, will open our hearts to the cries of the poor using our energies, gifts and resources to address violence and discrimination especially for … Aboriginal and Torres Strait Islander Peoples … Chapter Statement 2016.
Back to all news